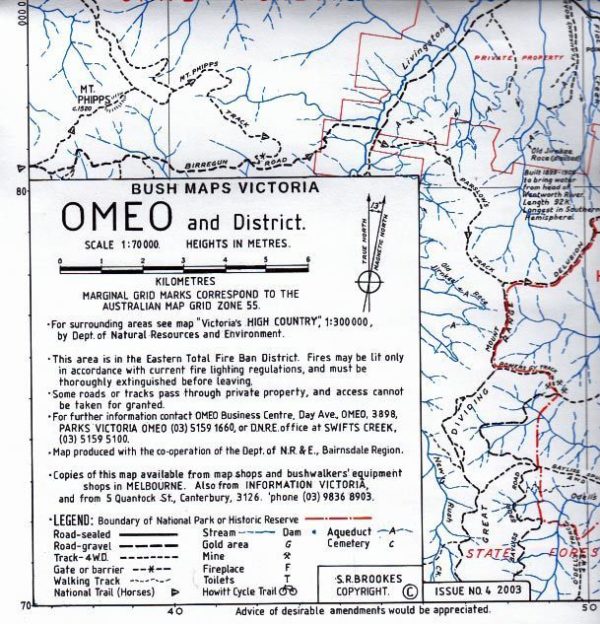 Omeo and District is a 1:70,000 Scale Bushwalking Map. Issue No 4, 2003. Drawn by Stuart Brookes who began making his own style of maps in the early 1940s. Each map has been field checked resulting in the addition of many notes not otherwise found on maps of similar areas.