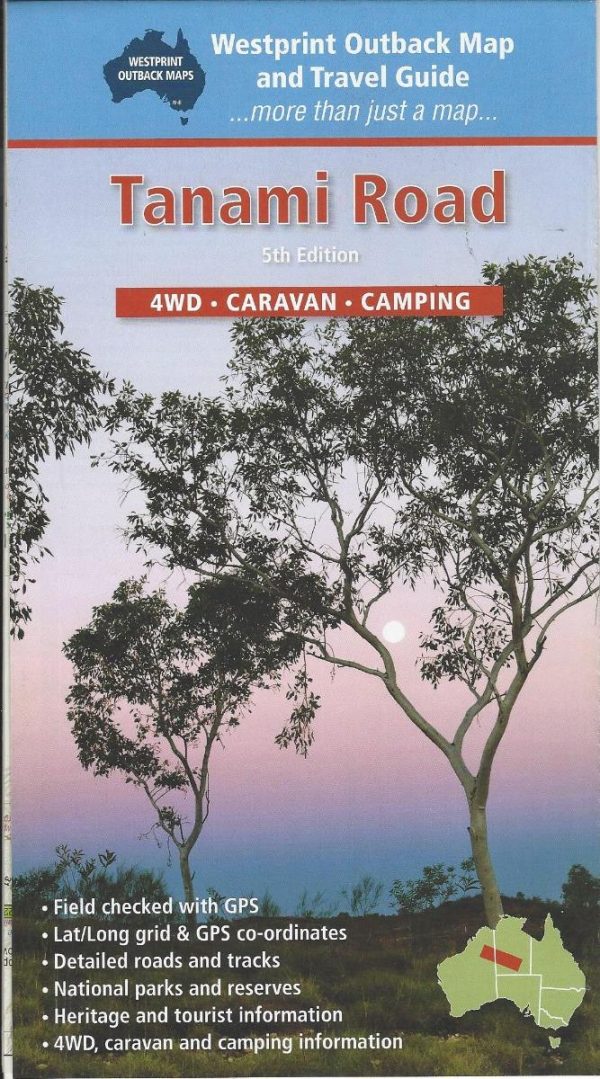 Tanami Road 4WD Caravan Camping by Westprint Outback Map and Travel Guides is a 5th Edition 1:1,000,000 scale suited to all your 4WD needs.

The Tanami Road provides the shortest access from the southern states, via Alice Springs, to the Kimberley. It’s path is through some of the least populated country in Australia and its ever-changing arid scenery provides an awesome introduction to the immensity of Australia’s deserts. Some areas of the Tanami Desert are so remote and the conditions so harsh that one of the World’s rarest animals, the Bilby has little competition from these introduced species.

The lure of gold enticed Europeans to travel into the Tanami Desert during the early 1900s. Pastoralists gradually settled the areas more suitable for stock and the need for stock routes and access to prospecting areas was the reason the first tracks were made. The position of the present road was only determined during the 1960s when a major shift from droving cattle on the hoof to moving mobs by road train came about. The Tanami Road and several other roads developed at the same time in the Northern Territory were called ‘Beef Roads’.

The condition of the present route is constantly being improved but the area is still remote and can be dangerous.