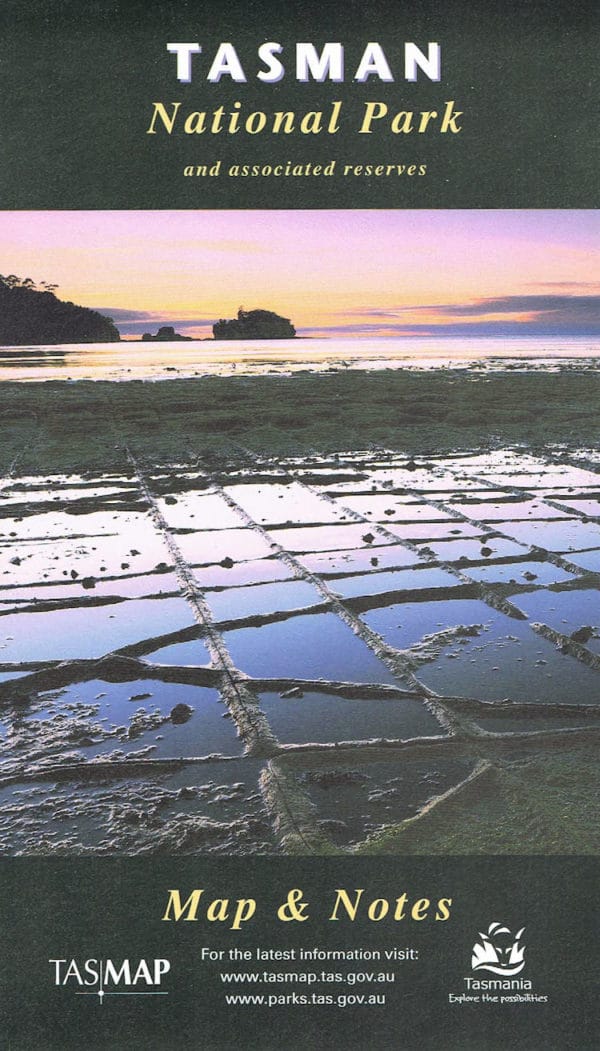 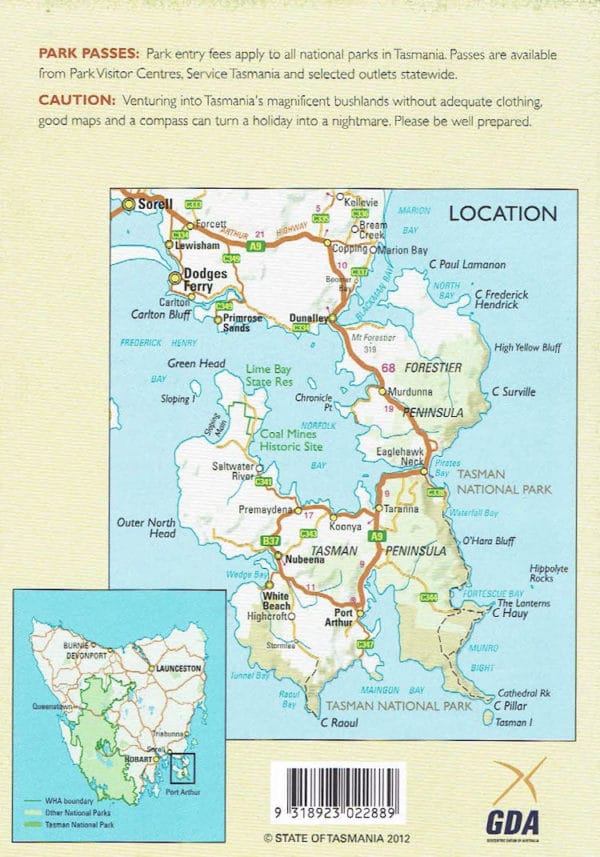 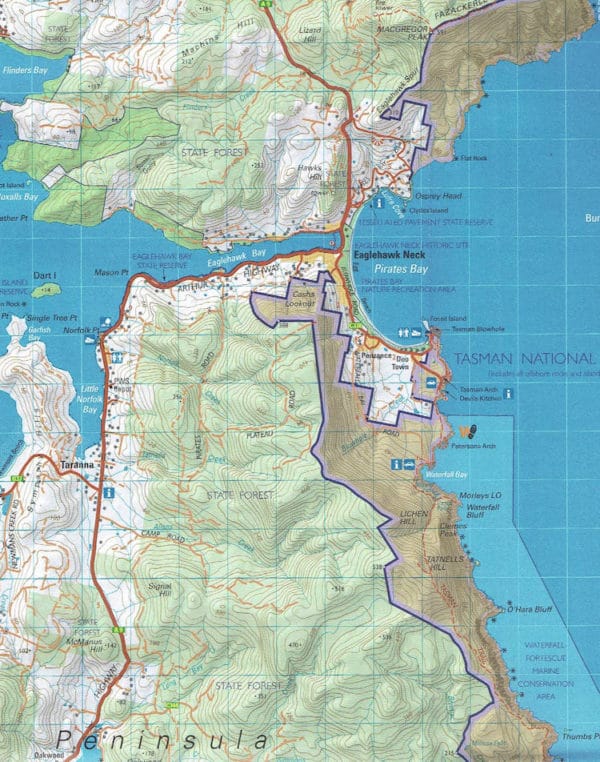 In the far south-east corner of the State lie the Forestier and Tasman Peninsulas, joined to each other by a narrow isthmus. These peninsulas contain a cultural and natural richness rare in the world. Here you find the highest vertical sea cliffs in Australia, spectacular geological features of international significance, evidence of 6,000 years of Aboriginal occupation, the most renowned penal settlement in Australia, remains of early mining and timber harvesting, and abundant and diverse flora and fauna.

Further information can be found on camping grounds, Aboriginal heritage, shipwrecks, and geology of the peninsulas. Lastly, information is given about leaving no trace, bushwalking safety essentials, place names and their meanings, and links to further information.