This section is marked as 17km, but actually the GPS measured 18.5km, a fair slog especially given the temperatures we were hiking in on the day – 30+. Clearly others had been disgruntled by the inaccurate distance estimates with amendments made on the Great South West Walk information signs.

If you didn’t read up on the historical Glenelg River information signs yet, do so on this section. More ups and downs as we pass more limestone cliffs on this section. A 4km stretch of this section passes through South Australia which is quite a unique addition. Be sure to take in as much as the Glenelg River as you can because this is the last section in which you will have the opportunity to enjoy it and it’s limestone cliffs.

If you reach Simsons Camp early enough as we did, you might chose to setup your campsite quickly and head down into Nelson for a restock or dinner if necessary. It is a 3km walk to Nelson, 6km return. Without packs at this stage, it is a welcome relief and a super easy walk. Nelson sports a Kiosk that is usually open until 5pm (or 6pm during holiday times/if busy) which sells some hot food/sandwiches as well as basic condiments/fruits/vegetables/chocolates/drinks. There is also the pub which serves real food and a bar with drinks. The pub doesn’t have a good reputation for the quality of their meals, but I honestly found it to be fine, if not quite appetising, especially after having had eaten only freeze-dried meals and protein bars for the past 9 days. Friendly staff at the pub and kiosk.

The magnificent limestone cliffs of the Glenelg River (Bocara) were once a seabed!

Watch carefully near water areas and you may be fortunate to see the brilliant red and blue colours of the stunning Azure Kingfisher, often first seen as a small bird darting quickly along the edge of the river in the shadows.

Here in its lower reaches, the Glenelg River has carved its way through a limestone plateau and formed a limestone gorge. This Oligocene/Miocene era limestone consists mainly of calcium-carbonate CaCO3, (the same as the Mount Gambier building limestone) is sedimentary and was once part of the sea floor of the ancient Southern Ocean.

This limestone is an accumulation of marine fossils, which often can be seen with the naked eye. The limestone plateau is full of horizontal (forming bedding planes) and vertical joints. Caves were formed along these joints as the limestone is dissolved by rain and river water.

The Princess Margaret Rose Cave was formed along a vertical joint widened by this solution process. It was later filled with speleothems, formed by rain water percolating through from the surface, absorbing dissolved calcium-carbonate CaCO3 and depositing it in crystallised form inside the almost closed atmosphere of the cave.

In quiet bush places there are rare animals such as Heath Rats, Southern Brown Bandicoot, Swamp Antechinus and potoroos. Some other animals found here, although not always easily seen, include platypus, possums, koalas, echidnas. Kangaroos and wallabies are often seen and the last of the wombat colonies is now only found on the north side of the river.

Today ancient caves provide shelter and act as nurseries to small bats. However thousands of years ago they were deadly pit traps to Giant Kangaroo and Marsupial Lions roaming the area. Ancient bones testify to their passing too close to caves verticle entrance.

Some smaller birds found here include colourful and busy honeyeaters, kingfishers and ground dwelling birds such as the large emu. Watch carefully for the rare but locally common Rufous Bristlebird as it dashes about the undergrowth and pathways of the heathlands. 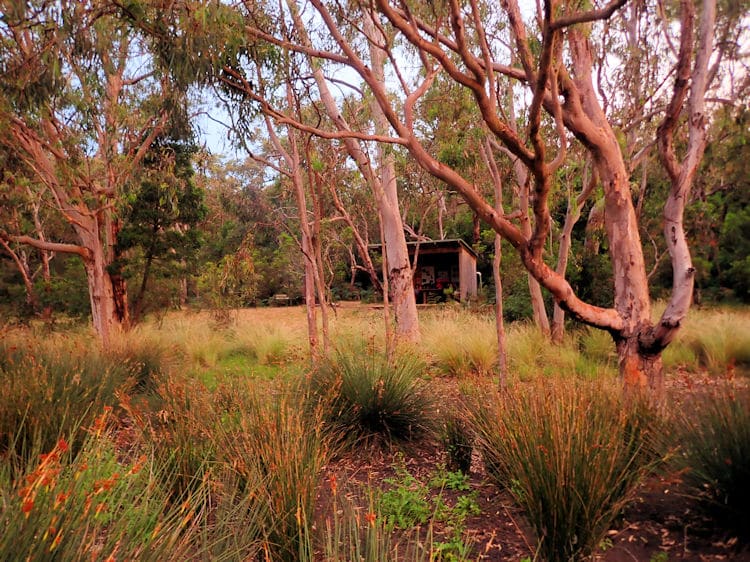 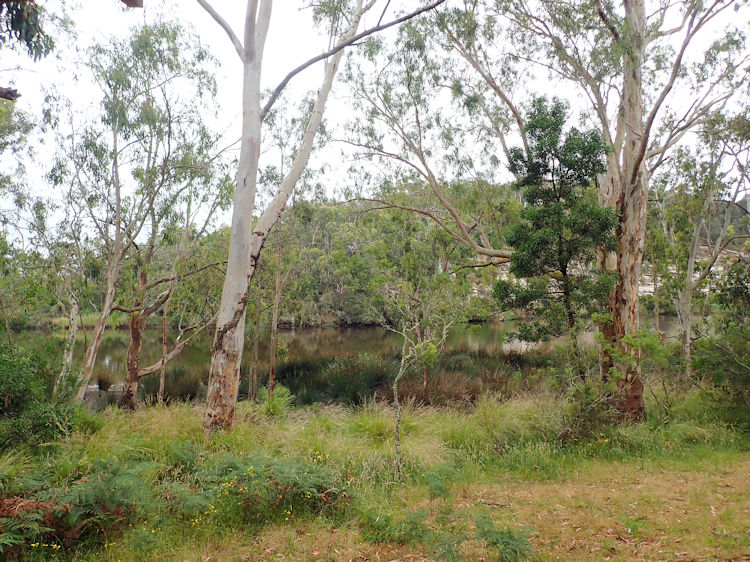 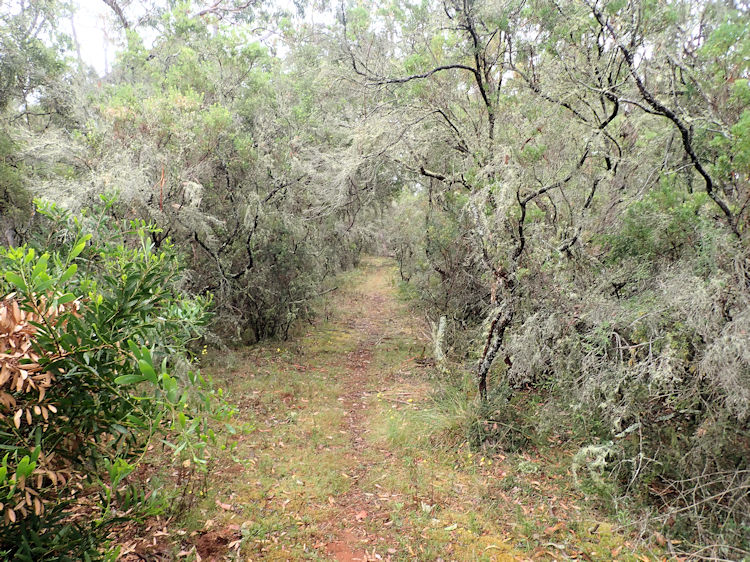 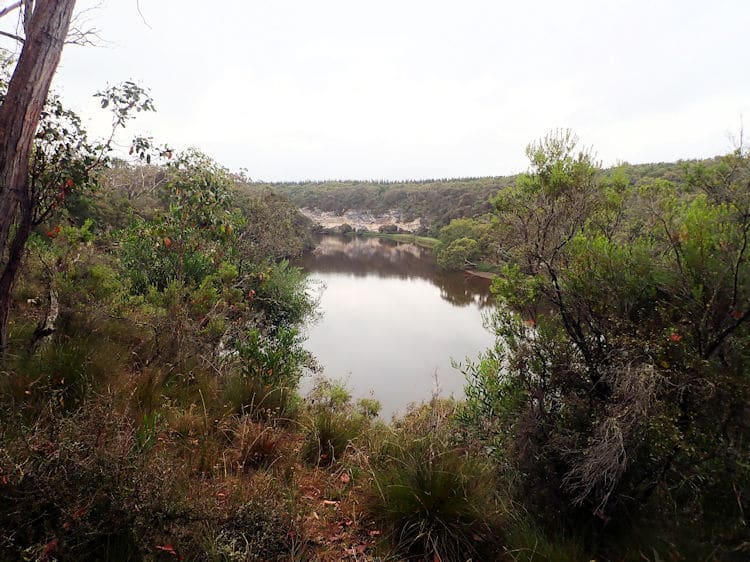 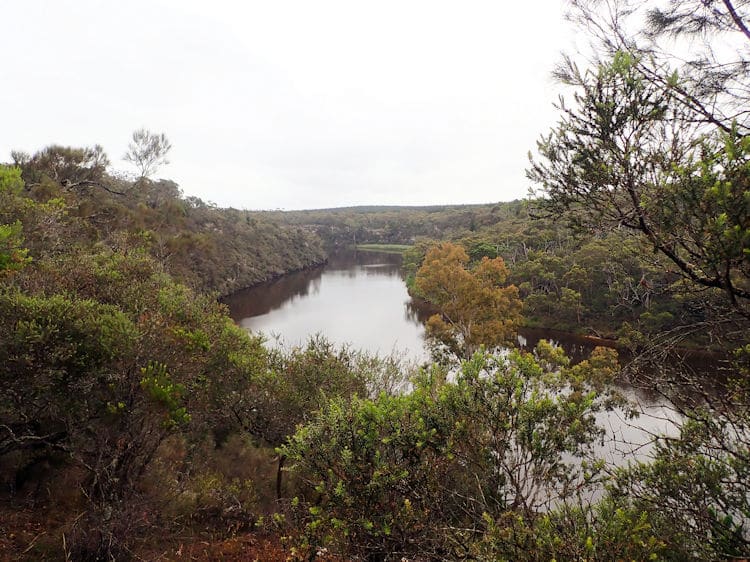 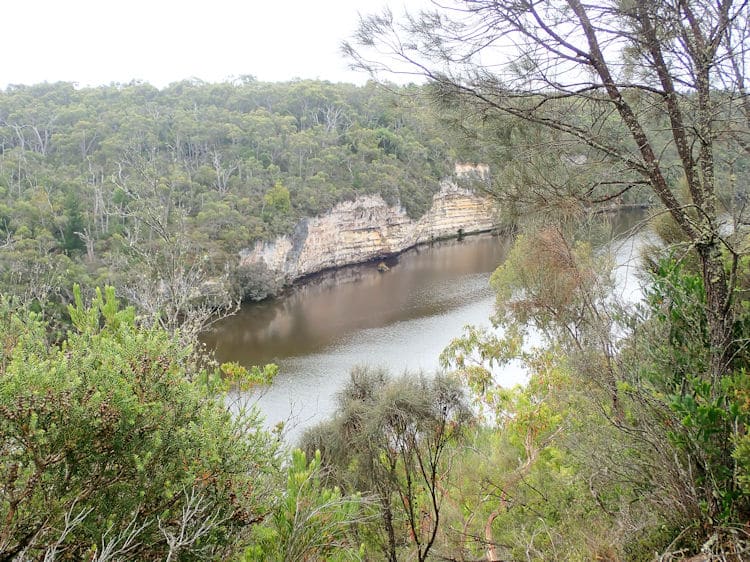 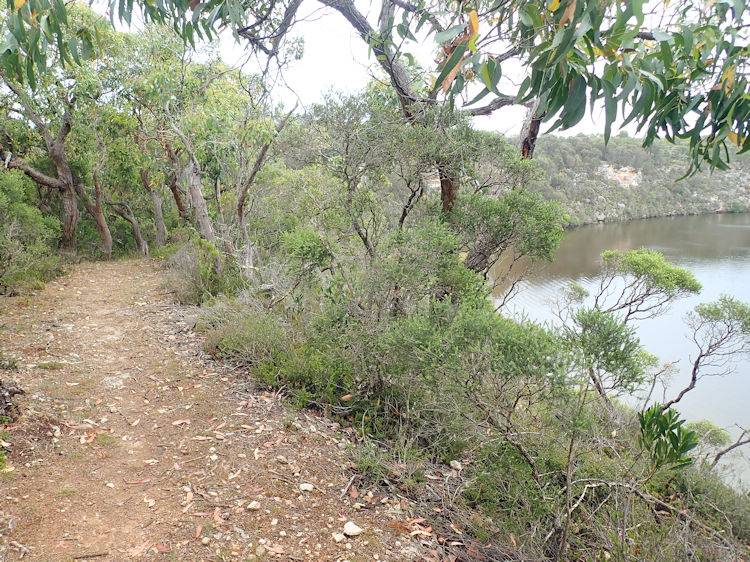 The walking trail runs right along the top of a limestone cliff overlooking the Glenelg River. 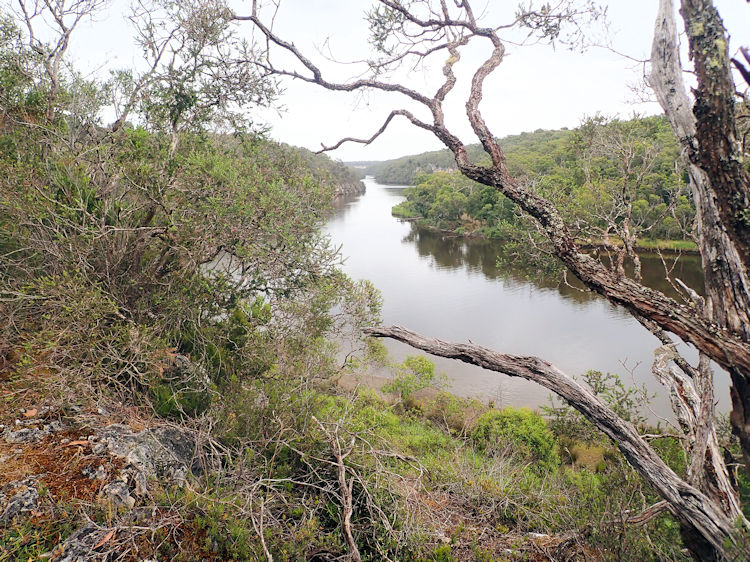 There are so many beautiful photo opportunities of the Glenelg River along this section. 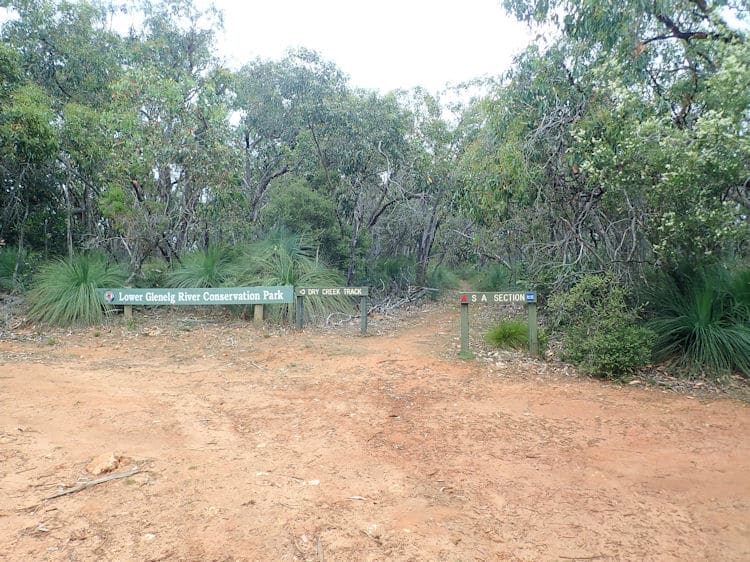 Crossing over into South Australia for a short 4km part of the walking trail. 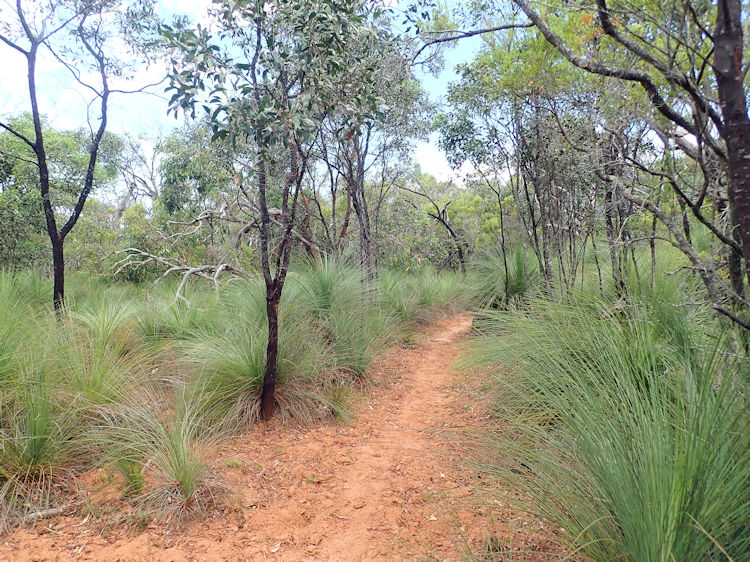 If you’ve got a GPS measuring your distance you’ll start to wonder why you’ve already passed the stated 17km ending point when you are nowhere near the campsite. Oh well, nothing to do but keep on walking. 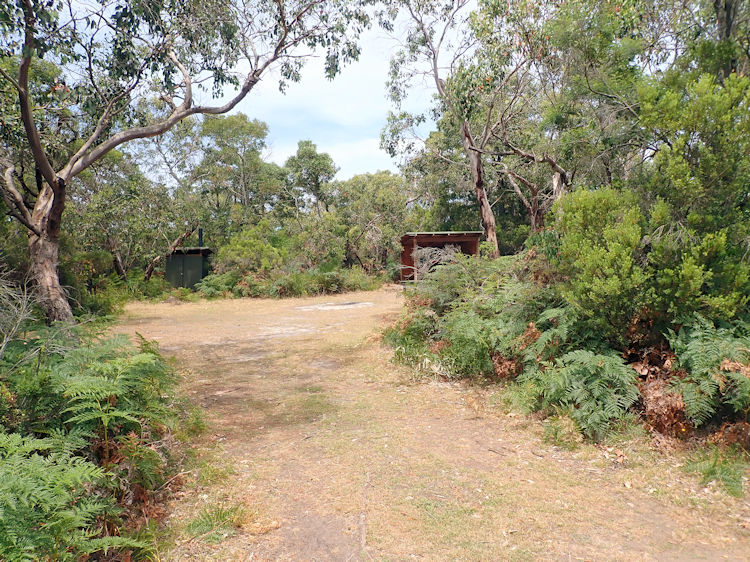